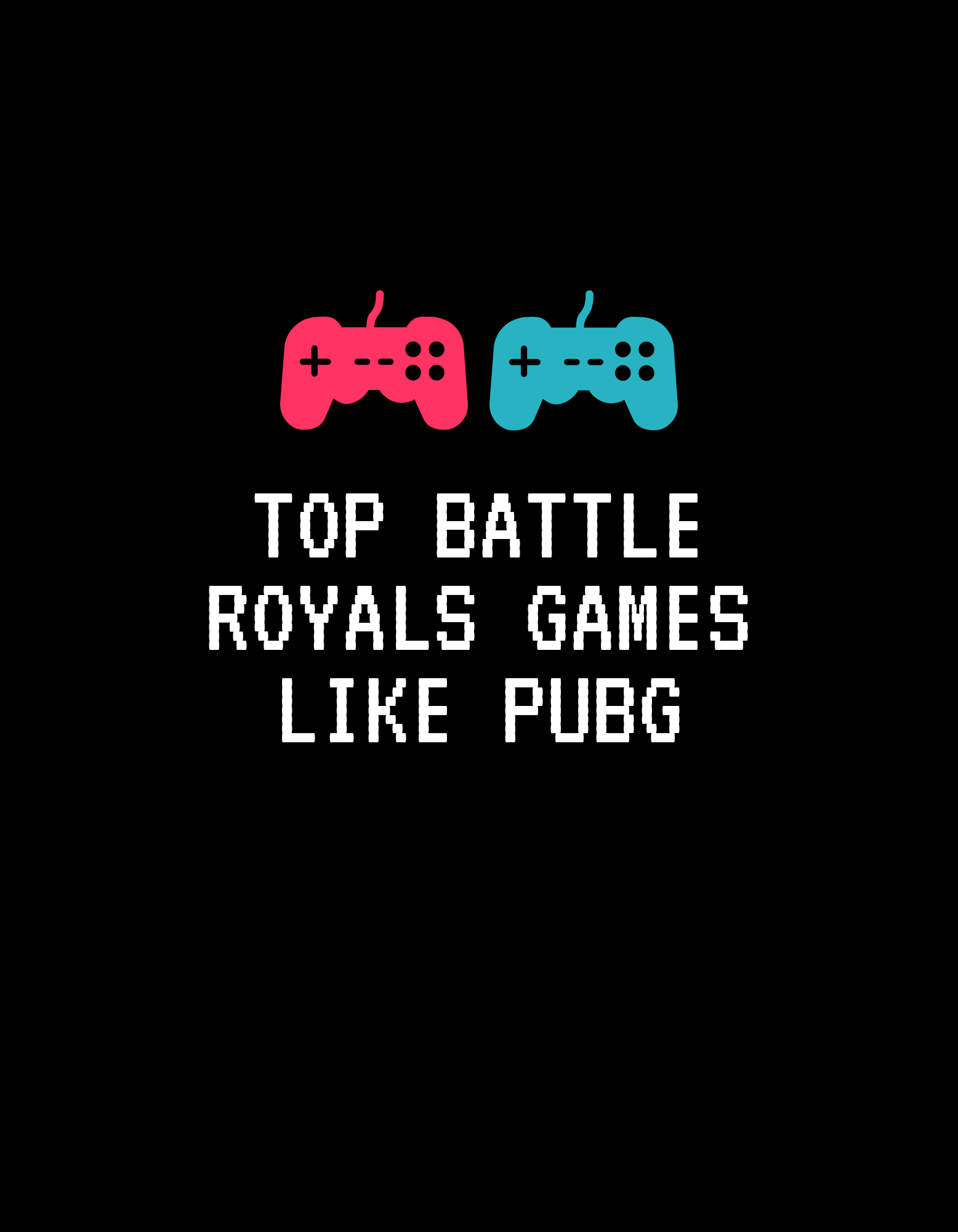 Battle Royals Games have been popping up like mushroom after rain. For all platforms and smartphone ,Including Android and IOS. Now a days genre is pretty straight forward. In such Battle Royale games. you have a bunch of player and only one can be the winner which means everyone else has to die. Many of the titles in our least are trying to replace the experience offered by the PUBG mobile.

So don’t be surprised by the similarities. Some more have gone their own way and feel like a breath of fresh air being said least.
Let’s begin the list of our top Android and IOS Battle Royale games that can be said to be better than PUBG mobile.

Cyber Hunter is a game with full graphics and futuristic weapons but that’s not the most interesting thing about it. Beside the usual shooting with machine guns and other sniper rifles cyber Hunter add another cool elements to the combat Parkour that’s right characters can climb buildings jump and roll around by the use of Parkour . If you ever wonder of Assassin’s creed into your Battle Royale experience this game is absolutely for you.

Creative destruction is another beautiful looking game with amazing graphics and fun . In this game you have to jump from an island to the destructible buildings and of course constructing ramps and barriers whack. Your weapon with different rarities also on broad so as a dedicated FPS mod bearing a team with other players or go solo it’s up to you. the game is regularly updated with new content and new feature in advance to keep playing from becoming stale . I am pretty sure that this game will replace the pubg mobile from your smartphone.

Survival Heroes is a bit different from PUBG and Fortnite, firstly by the fact that it is a MOBA just as much as it is a Battle Royale game. Namely, after PUBG and Fortnite have sort to say carved a path, some other pretty original games have risen as their prodigies. Survival Heroes was developed by Snail Games, who are veterans of the gaming market and have had many successful titles, like Taichi Panda, Dragon Hunter, Blade Reborn, and others. Snail Games decided to delve into the Battle Royale genre resulting in high anticipation when this title was first announced. Survival Heroes release date was in August 2018, some 13 months after Fortnite was released. The game achieved critical and commercial success, though it did not surpass its predecessors. However, that’s the beauty of the gaming market today, especially mobile gaming, where you can earn without competing with the high earners. The market is so big, there’s a piece for everybody and Survival Heroes did well.

Call of duty mobile came late to the Battle Royale state but with the massive following franchise has it quickly overshadowed . It has a really cool graphics with a lot of features . This game is slightly as same as pubg but it has some other cool features that make it awesome like death match the aeroplane skin and so all. COD mobile has rightfully on the reputation of the best shooting game ever. In this game hundred player at a time fight for survival .hence the fun are endless and awesome with a lot of futuristic features and graphics too.

Fortnite is a multiple Battle Royale game with futuristic graphic .if you have been slighted and arrested in game in there is no way you haven’t heard the name of fortnite. It is hell that even some people haven’t played this video game till now but I am pretty sure that their parents use it. The game got popular and that’s because of its great game. Mastering weapon is just as important as being a quick builder and if you are good in both of them then there is a great chance of being the last one standing. Fortnite it is a game that made a Battle Royale a part of pop culture and it is OK to be the best Battle Royale game for smartphone Android and IOS.