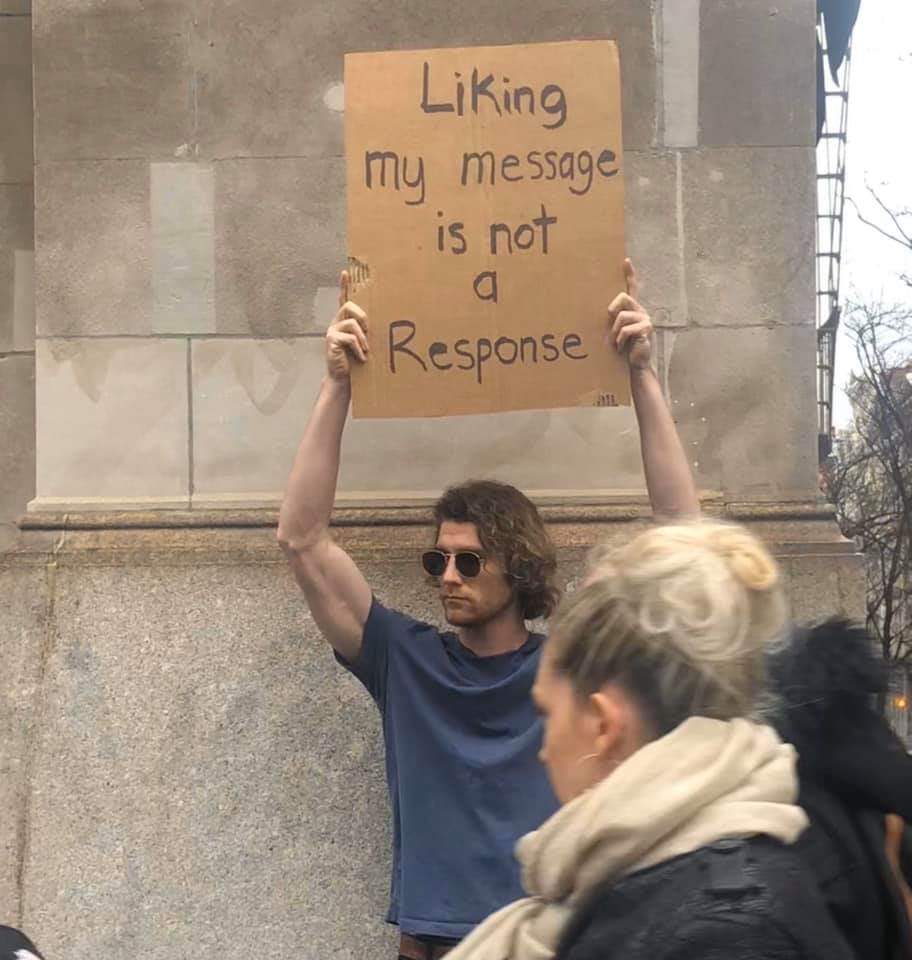 Seth Phillips and he is a 24 year old former marketing major . who comes from a really small town in Texas that only has about 650 people what town in Texas this town great can come from anywhere he moved to New York to work for a company called fu*k Jerry media.

They came up with the idea for dude with a sign while he was working at Jerry media and the fact that he was at Jerry media has a lot to do with why this account grew so quickly and is so popular.

Jerry media is the king memes on the internet and they make big money doing it their first foray into paid content was one for Burger King .

They serious player in this media business. It’s important to understand that do design is a meme account the Encyclopedia.

Britannica defines a meme as a unit of cultural information spread by imitation memes evolved over time as each person puts their own spin on it .

On the Internet modern-day memes are a tool for conversation a bridge for two people to connect relatability drives the viralilty of a meme, the more relatable, it is the more likely that it will get shared and relatability is what dude would sign does best.

Their creators Jerry media are largely influenced by one of the most relatable shows of all time.
Dude with sign is the account about the things that annoy us, but that no one really talks about dude with sign is Seinfeld reimagined for 2020 stop saying no offense before saying something offensive his protests are highly relatable and again relatability drives the viral  of a meme the more relatable the more shareable.

Why he get popular?

Jerry media and Seth to react very quickly to the conversation,that’s happening in the world and that’s super important because, if you’re gonna be relatable you have to be timely and if your format takes you way too long to make a post, you’re gonna miss out on the conversation complete so,

Whatever the collective conversation is Seth and team can write it on a piece of cardboard go outside and just snap picture and the post is up immediately these posts are also super easy to consume .

How they work and earn money?

If you’re gonna grow a social media account today you absolutely have to collaborate as we’ve already seen seth has collaborated not only with brands but also with celebrities like justin Bieber and it’s such an easy collaboration for them to do they can get it really quickly it’s topical.

They can put anything on the sign that relates to whatever’s going on it’s a great promotional tool and a really easy collaboration finally.

This account is character driven, he’s the main character in these posts and you can’t really have the post without him,

He is a living breathing meme that will evolve and change over time that’s pretty unique within meme culture .He also appear on popular show called Ellen show and Jimmy fallon show

Having a face to a meme account that’s super valuable. If you see all the posts and they’re all in the same format with the same character along a similar tone and these well-thought-out formats can bring a lot of big opportunity to businesses like Jerry media.

They’ve already taken what they do with their memes and turn them into physical product they have a game called what do you mean and they also launched their own tequila brand and they take these physical products and they promote them through their meme accounts.

For more other interesting information please visit this website